Supporters of the opposition parties and civil protesters gathered in front of the Parliament on Wednesday afternoon to protest the controversial changes made to the labor code earlier in the day. The bill would raise the upper threshold for annual overtime from 250 to 400 hours and allow employers to count overtime over a three-year period.

The protesters, many of whom chanted “down with the government” and “pine on fire, police on fire,” marched from the Parliament to Fidesz headquarters near the City Park in Lendvay street. Two demonstrators climbed on a balcony, while others attempted to enter the building. 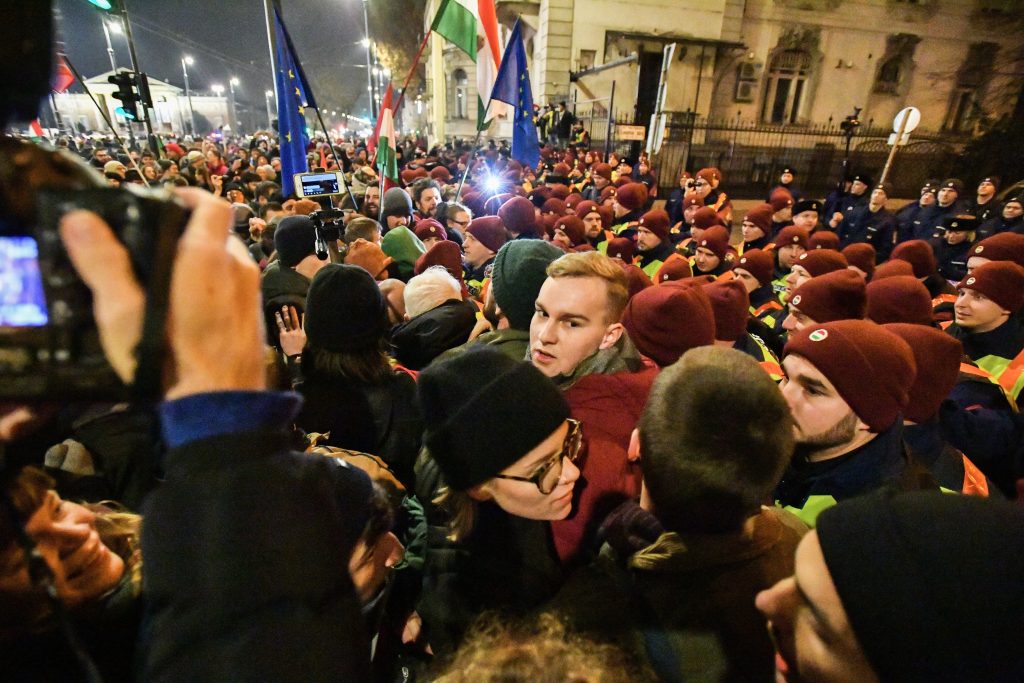 Protesters at Fidesz headquarters near the City Park in Lendvay street. Photo by Márton Mónus/MTI

Meanwhile, Jobbik announced that it would hand over a petition to the Sándor Palace asking President of Hungary János Áder not to sign the law. In front of the presidential offices, Márton Gyöngyösi, one of the leaders of the party, insisted that “most Hungarians, including many voters of Fidesz,” are against the new law.

The demonstration in front of Fidesz headquarters ended at 7 p.m., but participants returned to the Parliament. By 9 p.m., the crowd filled Kossuth Square and hurled objects at the police cordon.

According to a police report, two officers were injured when sprayed with gas by a protester. Budapest police claimed the demonstrators became increasingly aggressive, pelting eggs, beer cans and sound grenades at several officers. Despite being ordered to put on protective gear, five officers were injured. In an attempt to quell the aggressive crowd, the police resorted to using tear gas. 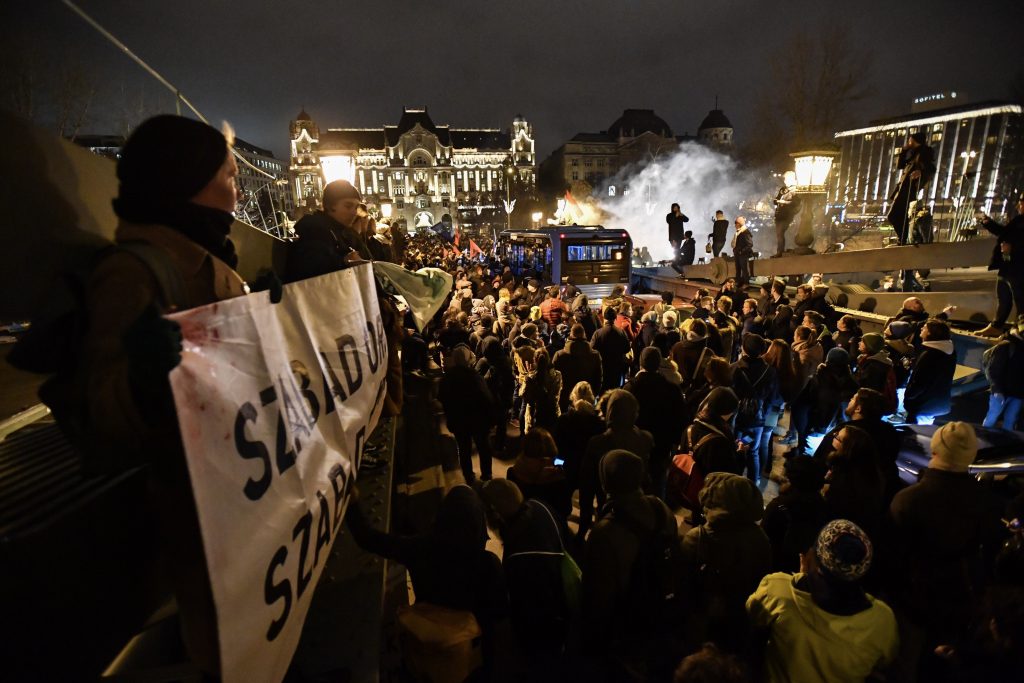 Some protesters tried to enter the Parliament, but the officers thwarted the attempt. Another group of demonstrators marched to the Chain Bridge and blocked traffic.

Demonstrators set sleds and benches on fire at Kossuth Square. Some even reportedly attempted to burn down the country’s Christmas tree, but the policemen were able to extinguish the fire before it got out of hand. 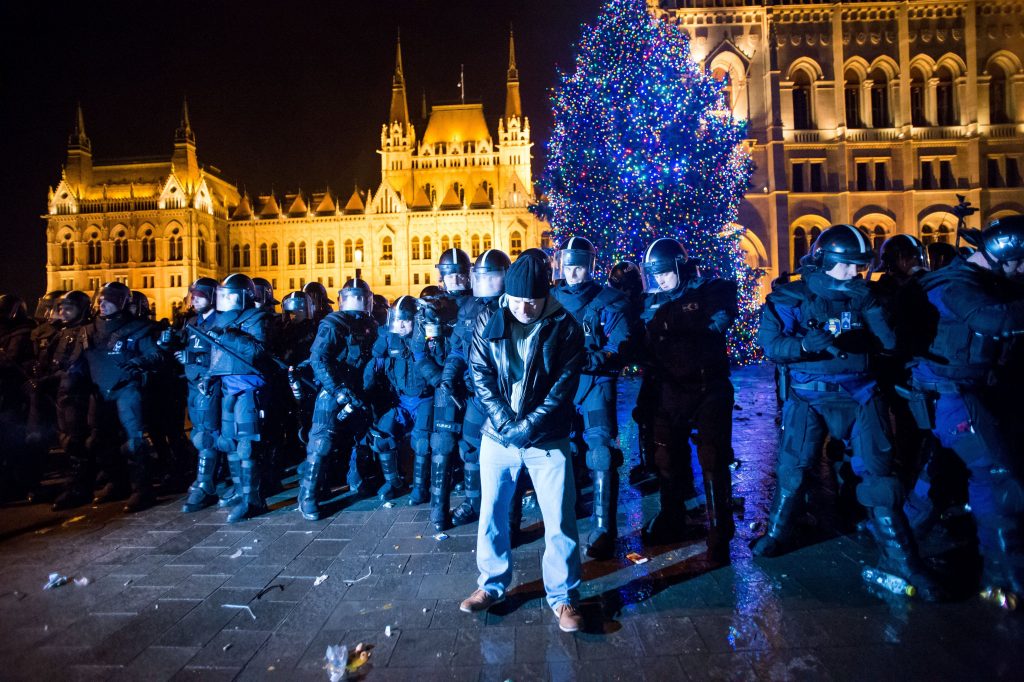 The Head of the Prime Minister’s Office Gergely Gulyás deemed Wednesday night’s demonstration “illegitimate” due to its extreme nature and the participation of what he called “aggressive political activists.”

Gulyás said that the right to freedom of association is embodied in the constitution. However, he pointed out that it should be practiced peacefully, within legal limits. He insisted that some of the “aggressive political activists” were members of organizations run by George Soros and claimed that some demonstrators displayed “open hatred of Christians.”

POLAND: Report on the Right to Peaceful Protest in Poland