What is "freedom of assembly"?

Freedom of assembly is the citizens’ right to publicly gather together to express, advocate and achieve shared needs. Assembly encompasses the right to express dissent through meetings, demonstrations, protests and strikes. This civil liberty is an essential complement to freedom of association and expression. Assembly is one of the citizens’ tools to engage with governing bodies, other forms of authority and multinational organisations. Indeed, assembly channels and magnifies the democratic will, including that of minority groups and urges interlocutors to take citizens’ perspectives into consideration.

“The ability to assemble and act collectively is vital to democratic, economic, social and personal development, to the expression of ideas and to fostering engaged citizenry. Assemblies can make a positive contribution to the development of democratic systems and, alongside elections, play a fundamental role in public participation, holding governments accountable and expressing the will of the people as part of the democratic processes”.

Governing bodies have the duty to provide a safe and empowering environment for people to come together and express their views. This responsibility includes ensuring access to public spaces, supplying protection in favour of and punishing violence against citizens exercising their freedom of assembly.

What are the main threats to freedom of assembly in Europe?

According to CIVICUS, emerging trends limiting the right to peaceful assembly include policing techniques such as the use of excessive or unlawful violence and undercover tactics, illegal or unreasonable refusal of authorisation to gather peacefully, denial of protection from violent counter-demonstrations.

In recent years, several European governments undertook anti-terror strategies that left legal loopholes failing to protect or even eroding freedom of assembly in the name of security of public places. These measures often led to a transfer of powers from the independent judicial sector to prefects and police authorities, who now have more discretion in regulating assemblies in public spaces.

Report of the European Civic Forum for CIVICUS Monitor. Association Minor impact of the pandemic on the CSO sector The government has not launched specific measures or grants for civil society during the pandemic. Nevertheless, the impact of COVID-19 on the sector has not been as vast in Estonia, according ...
Read More
7 December 2020 / Estonia, Freedom of assembly, Freedom of association, Freedom of expression, Government, Legal intimidation or attack, LGBT+, Minority groups, Social movements, Traditional values
UNITED KINGDOM: Government plans major crackdown in 2021 on the right to protest

Article originally published by Amnesty International on 16 November 2020 The sharp rise of COVID-19 cases in the past few weeks has led to a strict lockdown in Greece since 7 November 2020. As a response, the authorities introduced increased restrictions, including a curfew between 9 pm and 5 am ...
Read More
26 November 2020 / Citizens, Freedom of assembly, Government, Greece, Health / Covid19, Protesters, Restriction of assembly (practice: denial of authorisation, restriction to certain areas, restriction to certain individuals…)
FRANCE: Brutal police eviction of migrants from an overnight camp in Paris

Migrants, journalists and civil society activists suffered disproportionate use of police force Article originally published by French by Liberation on 23 November 2020. With the help of associations and lawyers, the Place de la République had been occupied by exiles left homeless after the closure of the Saint-Denis camp. The ...
Read More
25 November 2020 / CSO(s), Deviant police practices during protests (aggressive policing, violence, lack of cooperation...), France, Freedom of assembly, Freedom of association, Jornalist(s), Migrants, Migration, Police, Security / public order
POLAND: Clashes at abortion protest in Warsaw as police use tear gas and force against demonstrators

Article originally published by Notes From Poland on 19 November 2020 Violence erupted in Warsaw last night, as police officers – many in plain clothes – used force, including tear gas and batons, against the latest protest in ongoing demonstrations that have emerged in response to a near-total ban on ...
Read More
20 November 2020 / Deviant police practices during protests (aggressive policing, violence, lack of cooperation...), Freedom of assembly, Poland, Police, Protesters, Security / public order, Sexual and reproductive rights
HUNGARY: New rules put a total ban on protests infringing on the right to freedom of assembly 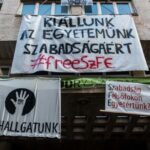 Article originally published by European Center for Not-for-Profit Law on 13 November 2020 On November 10, Hungary adopted new measures against the second wave of the pandemic. The Law on emergency measures against the second wave (Law CIX of 2020) extends the government's emergency powers and it may now effectively rule by ...
Read More
20 November 2020 / Deterrence (assembly), Freedom of assembly, Government, Hungary, Protesters, Restriction of assembly (practice: denial of authorisation, restriction to certain areas, restriction to certain individuals…), Security / public order
POLAND: Women rights demonstrations wake up the country, in the context of restricted civic space during the pandemic

Analysis by Filip Pazderski, Institute of Public Affairs Download it here  Introduction of first anti-pandemic measures and their influence on a civic space As the SARS-CoV-2 pandemic was developing in Europe officially since the end of February, the Polish government prepared a package of special legislation which was meant to ...
Read More
17 November 2020 / COVID-19 crisis, Deviant police practices during protests (aggressive policing, violence, lack of cooperation...), Freedom of assembly, Government, Poland, Restriction of assembly (practice: denial of authorisation, restriction to certain areas, restriction to certain individuals…), Security / public order, Sexual and reproductive rights, Social movements
FRANCE: Draft law on “Global security” is dangerous for fundamental rights

Update: After protest from civic organisations, media and citizens, on 26 November, the Prime Minister announced that an independent committee will be in charge of rewriting article 24 of the law, concerning the spreadin of images of the police. *** Update: On 24 November 2020, the law was approved by ...
Read More
16 November 2020 / France, Freedom of assembly, Government, Jornalist(s), Protesters, Security / public order, Surveillance/privacy breach
ITALY: Restrictions on the right to peaceful assembly are disproportionate 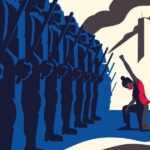