What is "freedom of association"?

Freedom of association is the citizens’ right to associate with others who share similar priorities and concerns to take joint actions. It includes the right to create or take part in formal and informal groups, such as charities, NGOs, political movements and parties, religious groups, and community-based groups. Freedom of association is an essential complement to other civil, political and social rights.

In Europe, freedom of association is recognised and protected by national laws and supranational legislation by the European Union, the Council of Europe and the Organisation of Security and Cooperation in Europe. For example, article 12.1 of the Charter of Fundamental Rights of the European Union as integrated into the Lisbon Treaty (2007) states:

“Everyone has the right to freedom of peaceful assembly and to freedom of association at all levels, in particular in political, trade union and civic matters, which implies the right of everyone to form and to join trade unions for the protection of his or her interests.”

Civil society organisations serve their communities in multiple ways. They complement the action of the State by delivering services to vulnerable sections of the society such as disables and migrants; they conduct social research that brings expertise to governing bodies on highly socially sensitive policy areas such as social care and health care; they educate the society to human rights and democracy. Most importantly, they are often the only pressure groups advocating for the benefit of society at large rather than partisan or sectoral interests. These organisations are crucial for safeguarding the rule of law, and democracy.

To us, civil society organisations:

In both their action-oriented and advocacy oriented capacity, they contribute to keeping our societies inclusive and democratic. When their critical role is disregarded, denied or threatened, the whole democratic space is shrinking, both at EU and national levels.

What are the main threats to freedom of association in Europe?

While the law protects freedom of association, this can be hindered by policies directly or indirectly targeting civil society organisations’ ability to carry out their activities and advocate for change. The most heavily affected organisations are those working on human rights and calling for respect of the rule of law.

Obstacles to the work of NGOs include harassment, surveillance and anti-NGO laws. However, state and non-state groups often have at their disposals more subtle techniques to hinder their actions. Anti-corruption and money laundry legislation, strategies to tackle extremism and terrorism also hamper freedom of association.

Liberties.eu suggests summarising these threats into four categories: smear campaigns, administrative harassment and physical attacks; funding cuts; over-regulation; growing reluctance to consult NGOs. These restrictions are often oriented at reducing trust on NGOs among the rest of population and weakening their action in other to restrict the access of minority groups to the policy-making and bolster the influence and executive power of governing.

Despite these threats growing and evolving rapidly, comprehensive, comparative research on the issue is still limited. For this reason, it is crucial to collect alerts from civic actors across Europe in real time, in the effort to encourage systematic research on the limits to freedom of association in Europe. 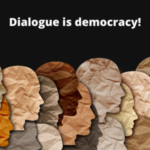 - Press release by Civilisation Coalition, published on 9 February 2021 51,6 billion Euro, 40% of Hungary’s GDP (2019) is at stake. This is the amount Hungary will receive between 2021 and 2027 from the multi-year EU budget and Recovery Fund, and a broad range of stakeholders from civil society must ...
Read More
15 February 2021 / COVID-19 crisis, CSO(s), Freedom of association, Government, Hungary, Initiatives and campaigns, Malpractice of civic dialogue
AUSTRIA: Anti-terrorism draft law not in line with human rights standards

- Analysis by ECNL, published on 2 February and accessible here In the aftermath of the deadly terrorist attack that hit Vienna in November 2020, the Ministry of Interior submitted a new draft “Anti-Terrorism Act” to the Austrian parliament by on 22 December 2020. ECNL has analysed the provisions of ...
Read More
3 February 2021 / Austria, CSO(s), Freedom of association, Freedom of expression, Government, Restrictive / discriminating legislation, Terrorism/extremism
FRANCE: A provision of the bill “Strengthening Republican values” worries associations 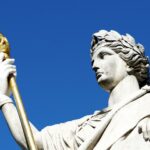 Unofficial translation of the statement by Mouvement Associatif, published in French on 18 January. Accessible here After lively debates that have animated the public debate on freedom of expression, freedom of association is now being challenged by the draft Law “strengthening Republic values”. Both public freedoms are at the heart ...
Read More
22 January 2021 / CSO(s), France, Freedom of association, Government, Restrictive / discriminating legislation, Terrorism/extremism, Traditional values
SLOVENIA: New push to restrict environmental and nature conservation NGOs 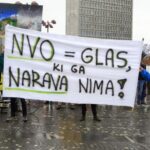 In Slovenia, according to Environmental Protection Act, non-governmental organisations that obtain the status of acting in the public interest in the field of environmental protection can be parties in the procedures and can go to court and challenge the decisions in environmental matters. So far, several major investments, which would ...
Read More
21 January 2021 / CSO(s), Environment, Freedom of association, Government, Malpractice of civic dialogue, Slovenia
CYPRUS: KISA denounces the new act of repression by the government 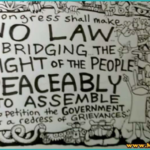 Article published by KISA on 17 December 2020, accessible here. The Minister of Interior, immediately after his  appointment last December, unleashed an unprecedented defamation attack against KISA and other NGOS active in the field of migration and asylum, making his intention to close them down very clear. The Minister, with ...
Read More
18 January 2021 / CSO(s), Cyprus, Deregistration / Dissolution, Freedom of association, Government, Migration, Money laundering, Terrorism/extremism
SLOVENIA: CSOs successfully oppose the abolishment of NGO fund

By Brankica Petković, Peace Institute After various restrictive measures and hostile rhetoric targeting NGOs since the new government took power in Slovenia in March 2020, in December 2020 the Janez Janša’s government attempted to introduce an amendment abolishing the state’s fund for non-governmental organisations in the 7th anti-corona stimulus package. The ...
Read More
5 January 2021 / COVID-19 crisis, CSO(s), Freedom of association, Government, Issues related to funding (amounts and distribution), Slovenia
FRANCE: Government Aims to Strengthen Respect Of Republican Values: But How Does This Affect Civic Space?

Analysis by ECNL published on 10 December 2020. On 9th December, the French government officially presented a legislative proposal “Strengthening the respect of the republican values”, which President Macron had previously announced in his speech on 21st October as a response to the threats of fundamentalism in the country. We ...
Read More
11 December 2020 / anti-racism, CSO(s), France, Freedom of association, Government, Migration, Restrictive / discriminating legislation, Terrorism/extremism
IRELAND: Criminal sanctions for organising gatherings ramain, critical social media posts surveilled

Report of the European Civic Forum for CIVICUS Monitor. Association Minor impact of the pandemic on the CSO sector The government has not launched specific measures or grants for civil society during the pandemic. Nevertheless, the impact of COVID-19 on the sector has not been as vast in Estonia, according ...
Read More
7 December 2020 / Estonia, Freedom of assembly, Freedom of association, Freedom of expression, Government, Legal intimidation or attack, LGBT+, Minority groups, Social movements, Traditional values
FRANCE: Brutal police eviction of migrants from an overnight camp in Paris