What is "freedom of expression"?

Freedom of expression is at the core of an open and plural civic space. Indeed, it includes the citizens’ right to access multiple and reliable information on issues of public concerns, freely and critically formulate opinions, and openly and publicly express it. Freedom of expression is ensured when media ownership is various and vast, journalists can collect and spread information of public interest without fear of retorsion, and citizens are able to choose most appropriate means to voice their opinions. Privacy and free internet are also crucial components of freedom of expression.

According to the LogoLink Global Charter on the Right to Participation (2013, p. 5)

“Citizens can exercise their right to participate only when they also have the right and access to information. Quality of participation is directly proportionate to access to quality information.”

In Europe, freedom of information is protected not only by national legislation but also by supranational laws. Article 11 of the Charter of Fundamental Rights of the European Union states that”

“1. Everyone has the right to freedom of expression. This right shall include freedom to hold opinions and to receive and impart information and ideas without interference by public authority and regardless of frontiers. 2. The freedom and pluralism of the media shall be respected.”

What are the main threats to freedom of expression in Europe?

While freedom of expression is considered a fundamental right, there are high-risk factors that are emerging across Europe.

A main obstacle to freedom of expression is the high concentration of media ownership in the hands of few political and economic elites. Not only this can lead to an influence of editorial content by political and financial interests, often the media ownership is complicated and unclear resulting in lack of transparency. The scarcity of independent journalism can negatively affect the plurality of viewpoints shared in the public sphere which is key to plural civic space. Moreover, smaller communities often lack local new outlets discussing and raising local needs and concerns.

Freedom of expressions in Europe is also hindered by attacks and restrictions on investigative journalism. These include police interference, obstruction to interviewing public officers and police, and criminal prosecution of leaks by governing authorities and enterprises.

Recent electoral campaigns have also lead to political discredit and attacks against media and journalists contributing to legitimising isolation, harassment or even assaults against journalists and whistleblowers.

SPAIN – Police violence and crack down on the right to protest 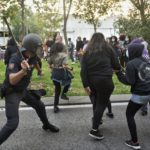 - Original content by ECF in collaboration with Novact. Police in Spain have reacted with violence and arrests in recent protests against police aggression (in Linares, Jaen), and the imprisonment of Pablo Hasel (in Spain’s main cities). In the space of a week, these concerning developments represent a crackdown on the fundamental right to protest and freedom of expression in Spain.  Protesting Police ...
Read More
22 February 2021 / Artist(s), Censorship, Detention / imprisonment of protesters, Deviant police practices during protests (aggressive policing, violence, lack of cooperation...), Freedom of assembly, Freedom of expression, Health / Covid19, Police, Police abuses, Protesters, Restriction of assembly (practice: denial of authorisation, restriction to certain areas, restriction to certain individuals…), Security / public order, Spain
NORTHERN IRELAND: The coalition for Women in Journalism calls upon the Irish authorities to investigate the threats to Patricia Devlin, and bring the perpetrators to justice.

- Petition, originally published by the Coalition for Women in Journalism on 16 February 2021, acessible here. February 16, 2021 - Award-winning crime journalist Patricia Devlin is subjected to death and rape threats since 2019. In April 2019, Patricia was targeted with an online troll campaign by members of a ...
Read More
22 February 2021 / Censorship, Freedom of expression, Harassment, Jornalist(s), Northern Ireland, Organised crime, Terrorism/extremism, UK, Woman
POLAND: Media protest against the planned ‘advertising tax’. This means bankruptcy for many media and limits to pluralism 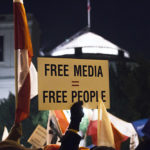 - Analysis by OKO press, published on 11 February 2021 on Rule of Law, accessible here. Media in Poland protest against the planned ‘advertising tax’. This means bankruptcy for many media and limits to pluralism 'Advertising 'contributions' will mean the weakening or even liquidation of some media operating in Poland,’ ...
Read More
15 February 2021 / Censorship, COVID-19 crisis, Freedom of expression, Government, Health / Covid19, Jornalist(s), Poland
SPAIN: Manifesto in defence of freedom of expression, creativity, and the right to protest 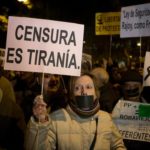 - Analysis done by Notes From Poland, published on 10 February 2021, accessible here. The leader of mass protests in Poland against a near-total abortion ban has been charged with crimes that could result in a prison sentence of up to eight years. The woman, who can only be named ...
Read More
12 February 2021 / Activist(s), Citizens, COVID-19 crisis, Freedom of assembly, Freedom of expression, Government, Health / Covid19, Legal intimidation or attack, Poland, Police, Political action/motivation, Protesters, Restriction of assembly (practice: denial of authorisation, restriction to certain areas, restriction to certain individuals…), Sexual and reproductive rights, Social movements, Traditional values
AUSTRIA: Anti-terrorism draft law not in line with human rights standards 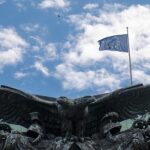 - Analysis by ECNL, published on 2 February and accessible here In the aftermath of the deadly terrorist attack that hit Vienna in November 2020, the Ministry of Interior submitted a new draft “Anti-Terrorism Act” to the Austrian parliament by on 22 December 2020. ECNL has analysed the provisions of ...
Read More
3 February 2021 / Austria, CSO(s), Freedom of association, Freedom of expression, Government, Restrictive / discriminating legislation, Terrorism/extremism
HUNGARY: Political Capital fights back against brutal disinformation attack from government-controlled media 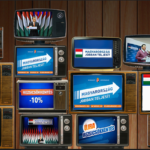 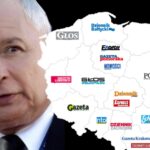 Report of the European Civic Forum for CIVICUS Monitor. Association Minor impact of the pandemic on the CSO sector The government has not launched specific measures or grants for civil society during the pandemic. Nevertheless, the impact of COVID-19 on the sector has not been as vast in Estonia, according ...
Read More
7 December 2020 / Estonia, Freedom of assembly, Freedom of association, Freedom of expression, Government, Legal intimidation or attack, LGBT+, Minority groups, Social movements, Traditional values
View More Updates
Close Menu