PAME denounces the ND government’s brutal attack on the protest of doctors, who were protesting the privatization of healthcare.

On Wednesday, December 11th, during a protest by the Federation of Public Hospital Doctors’ against an event to promote the privatization of Healthcare, the government launched a violent attack with Riot Police and the use of chemicals against the doctors and healthcare workers. In their attack, the Police injured doctors, health care workers and workers in order to defend a policy that privatizes healthcare and turns it into a commodity.

In spite of these violent tactics of the Government, the militant doctors and healthcare workers broke the riot police lines and canceled the event.

PAME and the class unions stand by the doctors who are fighting for public-free healthcare for all, for all people.

Health is a Social Good. We will not allow it to be privatized. 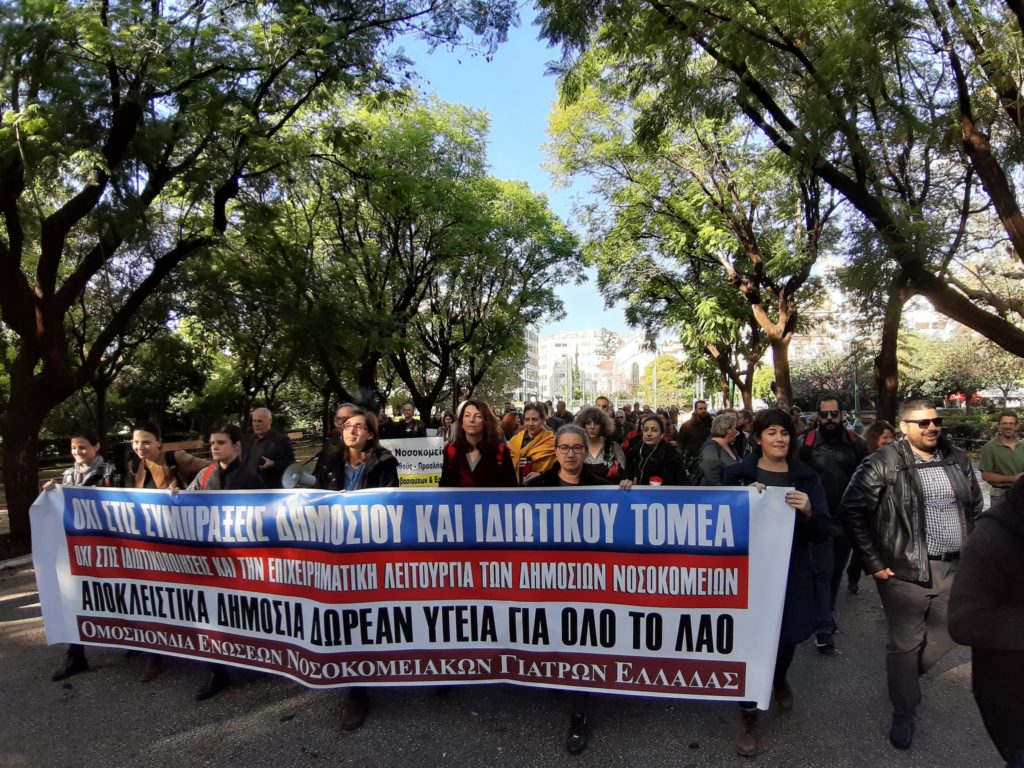 GREECE: Refugee activists still at risk of years in jail for saving lives at sea

GREECE: Interview with Greek Forum of Refugees – Protecting the most vulnerable means protecting us all

GREECE: Amnesty International statement on bill of the Ministry of Citizens protection: “Public outdoor assemblies and other provisions”

9 September 2020
PrevPrevious AlertBELGIUM: Over 20 Extinction Rebellion members preventively arrested during anti-Black Friday campaign
Next AlertPOLAND: Ruled by law – Threats to the protection of human rights in 2015-2019Next