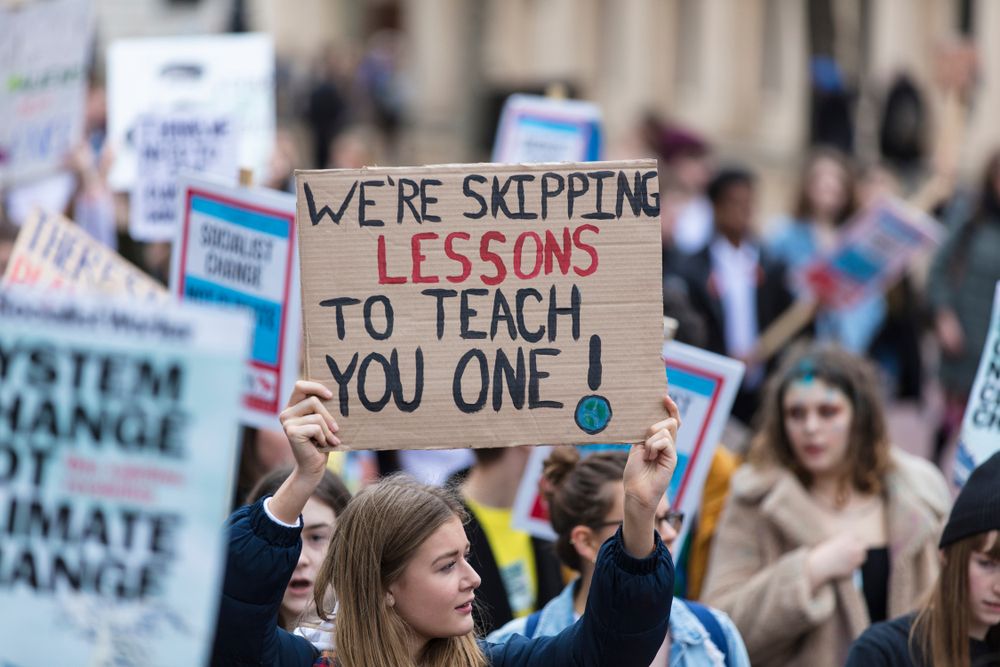 Following reports from solicitors and individual campaigners in several parts of the country saying that the police have been asking schools for lists of students taking part in climate strike protests, Netpol has canvassed the opinions of campaigners, asking them how feel about this and what impact it may have on organising and their participation.

We asked 42 students involved in UK Student Climate Network whether this intrusive interest from the police would deter them or others from participating in climate strikes and whether it would make it more difficult to organise around the climate strikes in their schools. We also asked whether they were concerned about how information gathered by the police is used and how they thought schools should respond to requests for students’ names. 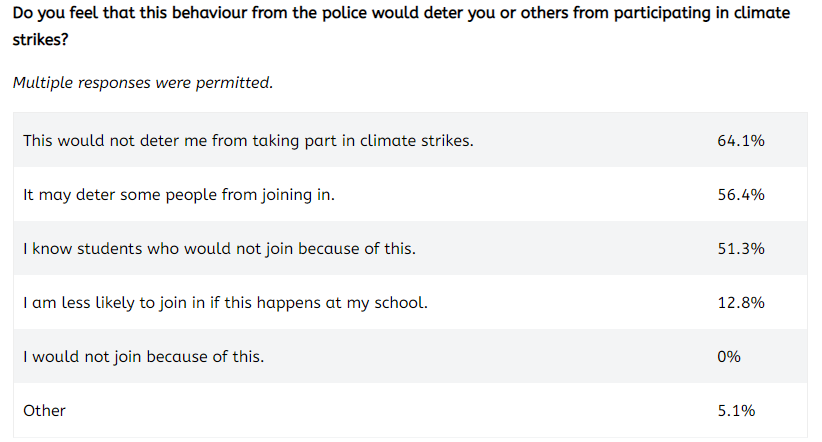 One student said, “I’d feel more on edge and stressed – and I have the privilege of being white and from a financially stable background, which protects me from some of the worst police violence and aggression”. Another, however, said, “I would be louder in getting others to strike so as to stand up against the police’s actions”.

One student told us, “Whilst I would be undeterred, the supportiveness of my teachers may decrease and other students would feel as though protesting was beyond their rights or even unsafe and this would minimise how willing they are to be involved in the climate protests. My school will wish to protect its students from harm and if the police are acting in this way then the school will not want its students to get in trouble or be harmed so it may even try to deter us from organising around the climate strikes so as to keep us ‘safe’”. 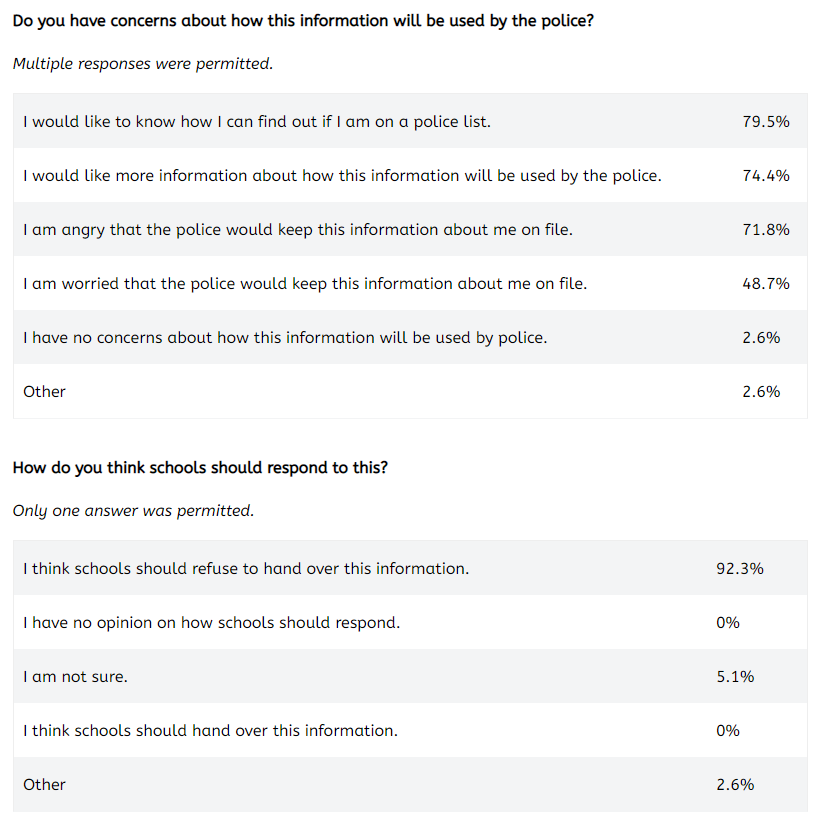 One student told us schools should go beyond refusing to hand over information and should “actively stand up and call out the police for doing this”.

In other comments we received, one young person expressed concerns that targeting of students by the police could “severely impact their chances of being accepted by other schools” and could pose “a severe risk to their education and schooling”.

They added, “Parents send their kids to school to be safe and to learn and to be happy, and parents will undoubtedly be more than just concerned to learn about this kind of behaviour from the police. How will parents know which school to trust if schools are quietly being told to give out private and personal information to the police?”

On the question of the privacy of data, another added, “My school no longer gives student representatives name badges due to the [data protection] act, so something to this extent is very discomforting and it should be within the school’s best interest to protect their students’ data”.

What is clear from these results is that these student campaigners, who are largely familiar with their legal rights, remain determined to take a stand on climate change, but know others for whom police data-gathering will have a chilling effect on their participation in protests.

There is a strong desire, too, to know what happens to any information about their participation in campaigning activities and overwhelming support for headteachers to refuse to hand over lists to the police.

This survey shows that there are genuine concerns amongst students taking part in climate strike protests about infringements on their rights to freedom of assembly and expression that result from unwarranted attention by the police.

A significant number of the young people we spoke to are worried that it will deter some of their classmates from taking part and make it more difficult to organise. They also want to know what happens to lists of names handed over to the police and are looking to schools to protect their privacy.

This is why Netpol is calling on schools to fulfil their legal responsibilities to the young people in their care by refusing to cooperate with demands for “watch lists” of young campaigners.

In doing so, they would have the support of some of their most socially and politically engaged students.

10 May 2021
PrevPrevious AlertUNITED KINGDOM: Restricting the Rebellion – A Netpol report on the policing of Extinction Rebellion protests in London in October 2019
Next AlertTHE RIGHT TO FREE ASSEMBLY IN THE BALKANSNext