POLAND: « Free courts, Free Poland » – Civic resistance for the independence of the judiciary

On Wednesday, 18 December, over 200 cities in Poland stood in civic protest for judiciary independence.

The direct reason for protests, that were held outside courthouses across Poland and, in Warsaw, outside Polish parliament, is the bill dubbed “gag bill” that will implement harsh disciplinary measures against judges who will obey the European law and the latest European Court’s of Justice ruling on judiciary independence in Poland. It would allow judges to be fired if they question the legitimacy of the government’s judicial reforms, especially the position of politically – and illegally – appointed judges.

“Today it’s the judges, tomorrow it’s you” was the protests’ call. The scale of the protests was a surprise – not only the number of the cities that held the protests, but the numbers of participants in smaller and middle-sized cities, where the turnout was sometimes 10 times bigger than expected. For the first time in 4 years’ history of the civic struggle for judiciary independence judges, persecutors and other legal professionals massively joined the protests – with the members and representatives of their professional associations giving speeches at the protests, arguing that it is actually judges’ duty to speak up, when the constitutional values are at stake.

It was also the first time, that civic organizations and judges’ and persecutors’ associations formed the ad hoc alliance of that scale to jointly take to the streets for judiciary independence. Among the protests’ organizers were activists of Polish Women’s Strike, the women’s civic movement associated with European Civic Forum.

In Warsaw, judge Igor Tuleya, one of the judges’ fight for independence icons from its beginning, said: “We are 10 000 judges in Poland. It means 10 000 barricades.” The number of judges and persecutors subjected to “disciplinary actions” for their rulings based on Polish Constitution and European law is growing everyday. In Legnica, judge Michał Lewoc joked: “My name is Michał Lewoc. Lewoc with “C” – to those government agents writing it down”. The major chant at the protests was “Free courts, free Poland”, associated with one of the judiciary icons, judge Stanisław Zabłocki quote from his speech in the Senate two years ago – “Even if there are no free courts in Poland, there will always be free people, who will remember”. One of the most visible narratives was also the protesters conviction that Polish government aims to force Poland out of the European Union with the open attack on the ECJ rulings considering judiciary independence in Poland and European values as a whole. 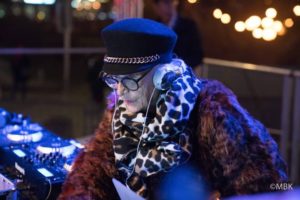 Dj Wika, she is over 70 years old and a legend.  She joined last year’ demonstration for International Women’s Day

Polish public television, along with the government narrative and PiS party officials, blatantly lied about the scale of the protests, causing uproar on Polish Twitter.
The reading and voting of the gag bill is being held today in Polish Sejm. If the bill passes, it will be discussed at the (opposition majored) Senate at the end of January.

From Chrzanów to Białystok, from Jeziorany to Puławy, all over Poland people protested for judiciary independence as the dispersed, local, grassroots protests became Polish tradition of civic resistance.

POLAND: Joint statement in support of the Office of the Polish Commissioner for Human Rights

POLAND: Civil society organisations ask the Portuguese Presidency of the Council to take action on the deteriorating situation

POLAND: “I am not safe here”: Women’s Rights Activists Under Attack for Work on Abortion Rights

POLAND: Rule of Law – European Commission refers Poland to the European Court of Justice to protect independence of Polish judges and asks for interim measures

POLAND: Petition Against Homophobia and for the rights of LGBTI+ People Violated by Hate Campaigns and Lawless Areas in Poland

POLAND: Interview with Women on the Road Foundation – Women refugees sew masks for everyone in Poland

POLAND: Media protest against the planned ‘advertising tax’. This means bankruptcy for many media and limits to pluralism

15 February 2021
PrevPrevious AlertPOLAND: Ruled by law – Threats to the protection of human rights in 2015-2019
Next AlertShrinking space for freedom of peaceful assemblyNext