The local resistance to the TAP pipeline, a huge EU-funded fossil gas project, is facing repression and criminalisation. About 100 NoTAP activists – students, mothers, farmers, local business owners – are to stand trial soon, with staggering fines and legal fees. Show your solidarity, and donate if you can, to keep this resistance strong! 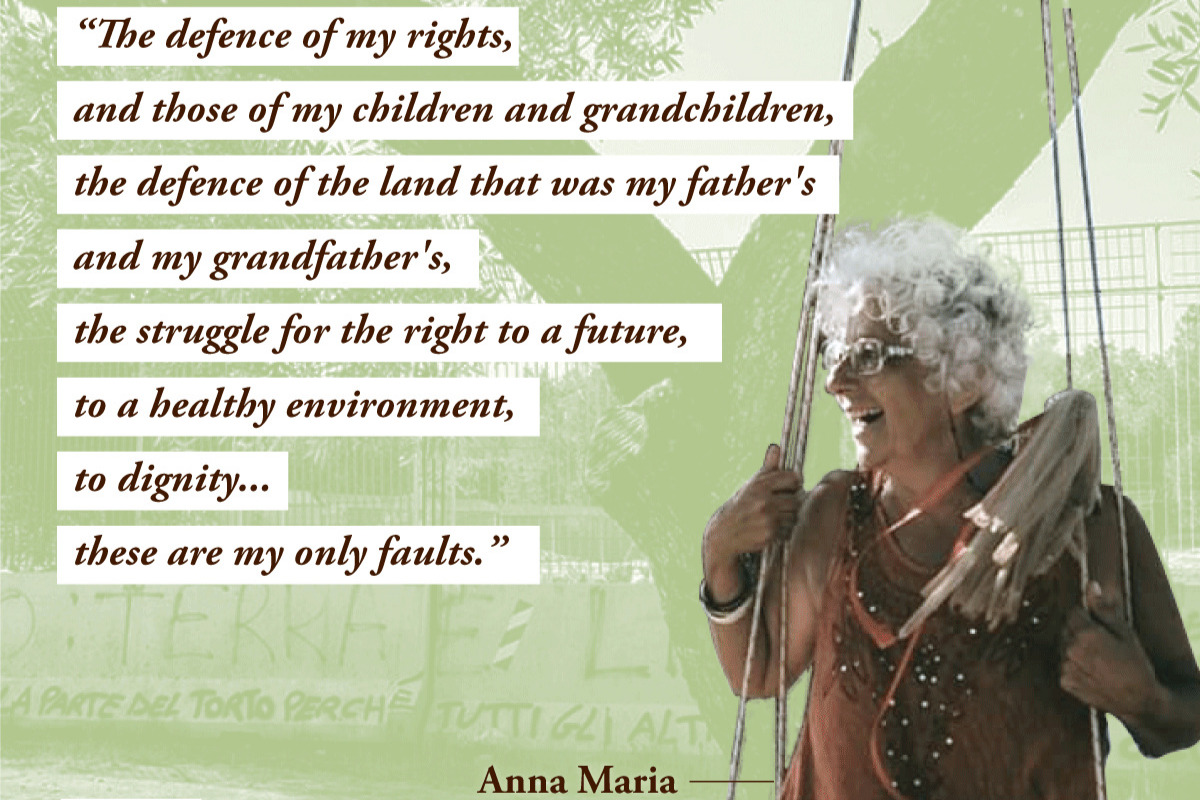 Since 2012, a local community of Salento in southern Italy has led the resistance against the massive Trans Adriatic Pipeline  (TAP), the last leg of a fossil gas pipeline from Azerbaijan to Italy, which is devastating their land and livelihoods while exacerbating the Climate Crisis. The resistance has been met with a systematic campaign of repression by the Italian state. Later this year, around 100 students, grandmothers, farmers, local business owners, and other ordinary citizens will be put on trial for alleged crimes related to their protest. In total, these activists are facing up to €240,000 in government fines and €70,000 in legal fees. Some even risk prison time and other restrictions to their personal freedom.

In response, the Gastivists Collective  and the NoTAP Movement have teamed up to launch the NoTAP Resistance Fund!

Every small donation is worthwhile. Outrageously, a record-breaking amount of EU public money  went to this project – €1.5 billion! It’s on all of us to take a stand against this, and the most urgent and relevant way right now is by supporting the local resistance with their financial costs. Even a symbolic 5 euros and a message of support will be met with gratitude and warmth.

Who’s really illegal? The TAP multinational and its subcontractors have also been indicted for environmental crimes, including groundwater pollution and illegal construction. We can be certain that they will have all the attorneys and resources they need to defend themselves in court – let’s help make sure that the NoTAP activists will, too!

Not only are the people of Salento fighting TAP, but the entire idea that Italy and the Mediterranean should become a new gas hub of Europe. In fact, there is a new mega pipeline on the cards that the EU is pushing: the Eastmed. The heel of Italy cannot be a sacrifice zone for European fossil gas import! Help protect the local resistance from being immobilised by massive fines and persecution.

Together, we can create a society that chooses to defend people, not pipelines!

Click here to find out more about the NoTAP struggle and learn why this fight is so important. 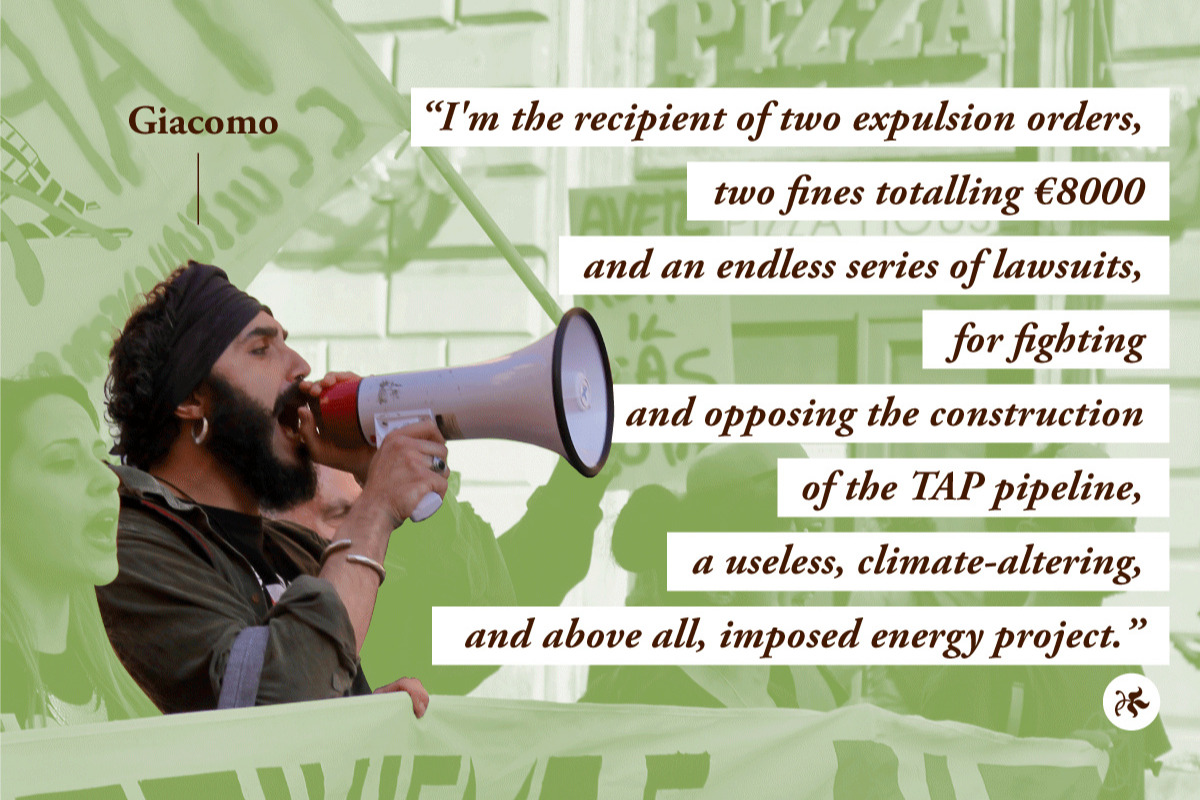 Upon the request of the NoTAP Movement, the funds raised in this campaign will be withdrawn by Leave it in the Ground Initiative (LINGO e.V.), the institutional host of the Gastivists Collective. All proceeds will be transferred to the NoTAP Movement.

NOTAP TRIALS TO START THIS SEPTEMBER!

The Court of Lecce has announced that the criminal trials against both the NoTAP activists and the TAP managers will begin on 11 September 2020.

About a third of the defendants are NoTAP Mothers. Read more about their stories here: https://bit.ly/2AvePae (in Italian)

We are thrilled to have already raised nearly €2,000 for the community in just 72 hours, but we are still far from our goal – please keep sharing and donating!

Together, we can show the Italian government and the European Union which side we stand on!

ITALY: Massive Violation of the Confidentiality of Journalists’ Sources

ITALY: Restrictions on the right to peaceful assembly are disproportionate

ITALY: New DPCM, the Government should not ignore civil society acting in the sphere of culture and social inclusion.

ITALY: The right to assembly and protest during the lockdown

ITALY: a brief analysis on democracy and COVID-19

ITALY: New Safe Harbor Decree – “Save all lives, on land and at sea. It is possible and dutiful” – say NGOs

ITALY: Social despair is a huge risk. We can’t wait any longer. Act fast and well!

ITALY: Human rights and state of emergency – the appeal of the network In Difesa Di to the CIDU