Over 50 French civil society organisations condemen the anti-rioters law under discussion in the parliament. The statement says (translated from French):

If the law is passed by Parliament on behalf of the French people, it cannot and must not affect the free expression of the people. The draft law adopted by the National Assembly, which purports to regulate the right to demonstrate, constitutes a serious infringement of public freedoms and the checks and balances of the state.

The violence against people, property and institutions that has taken place cannot justify an government claiming exorbitant powers and prescribing who can or cannot demonstrate. Participation in a demonstration should not mean the risk for any individual to be prosecuted, recorded and convicted both criminally and financially.

Subjecting participants in a demonstration to a systematic search, granting prefects the power to ban a person from demonstrating, including without his or her knowledge of the ban imposed and therefore without any effective remedy, making a partially covered face a crime, these are the very essence of measures that prevent the exercise of an essential right in a democracy: the right to demonstrate publicly, collectively and peacefully his or her opinion.

This ad hoc law carries a serious risk of arbitrariness on the part of the governments of today and tomorrow. That is why we solemnly call on the government and parliament to abandon these measures, which violate the most fundamental principles of the rule of law. 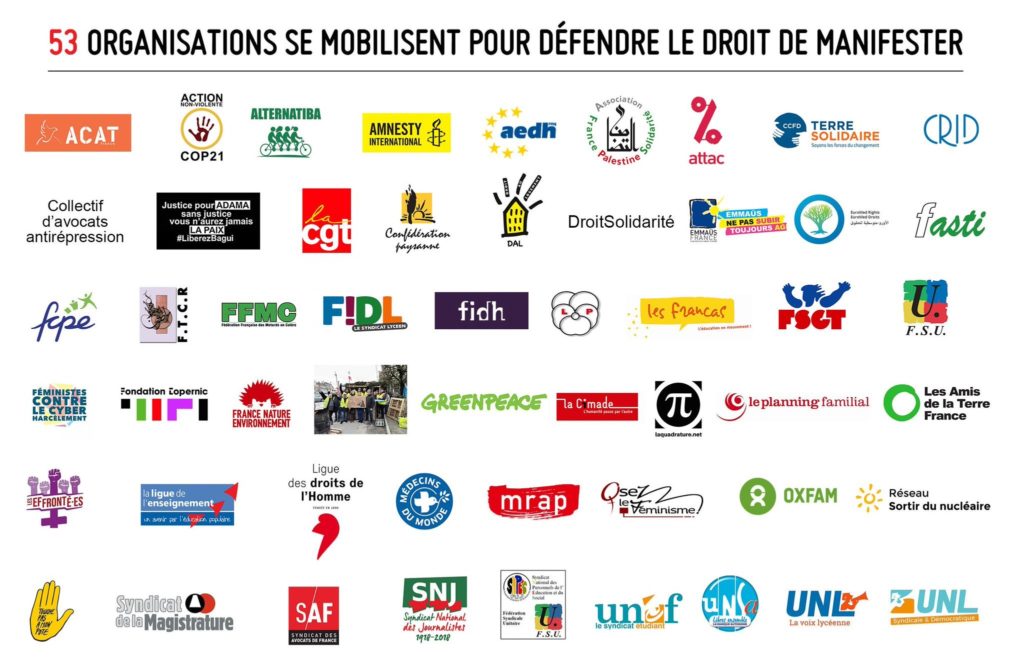 – Read the statement in French –

Call on French Senators to stop the law

#stories of resistance – Obywatele RP: a story of civil disobedience from Poland