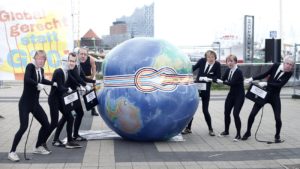 GERMANY: The case of ATTAC in light of globally closing civic spaces