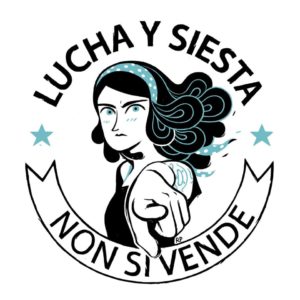 The International House of Women (CID) in Rome is a unique place in Europe and an invaluable resource for the City of Rome. It has been a long-established, well-known and indispensable beacon for women’s rights and gender policies not only in Rome and Italy, but also in Europe and beyond.

It offers services, support and counsel that place at their core women’s relationships and a gender perspective and that are unavailable or inadequate elsewhere. It is also a place of political and cultural debates that stem from a gender approach, that value difference and diversity and that elaborate a vision of the world from such premises. It hosts more than 30 associations. Many of these have their headquarters at the CID and, at the same time, operate in a host of other locations in the city of Rome, particularly in its neglected peripheries, as well as in other areas of the country.

Its survival, together with that of many other hard won women’s places in Italy, is a key issue that came to the fore of public debate in late 2017. It remains unresolved as of today. The dire situation of some of these spaces in Rome bears significant implications nationally.  Placed at the political and geographic center of the country, women’s organizations in the Capital have often played a catalyst role in women’s advancement nationwide. Thus, actions that place them in jeopardy may reverberate negatively in other parts of Italy. Moreover, threats to the survival of their operative space have solidified under the leadership of Five-Star Movement (M5S) in the municipal administration. This political force now represents the backbone of the new national government. It is therefore reasonable to fear that the same lack of sensitivity to, and understanding of, gender issues displayed at the local level in Rome may permeate the culture and policies of M5S in the conduct of national affairs. This fear was compounded by the previous M5S partnership in government with the right-wing party Lega, a political formation whose affiliates have not shunned from utterly sexist and xenophobic positions.

Women’s facilities under threat are part of the Municipality of Rome’s real estate patrimony or belong to private business in which the local administration holds preponderant ownership or a relevant interest. These spaces have been either rented out under specific agreements or have been occupied by women’s organizations for the benefit of the communities they serve.

The role such organizations have played in ameliorating, maintaining and managing these facilities has been recognized by several local government administrations, the regional one. Such recognition is in line with the letter and the spirit of the Council of Europe Convention on preventing and fighting violence against women and domestic violence, and in particular with articles 6, 7, 9, 12 and 13 of the said convention. Places such as CID crucially represent the first resort to go to, but also centers for support, counseling and networking as well as abodes for thousands of survivors of violence against women in Rome and elsewhere. They provide information, training, healthcare services, social, psychological and legal support, paths of empowerment, jointly with educational outreach and training for communities nationally and internationally. They have been – and continue to be – laboratories of jurisprudence and other normative measures aimed at countering gender-based violence over which these organizations exert constant vigilance and monitoring.

Such organizations rely largely on the work of their volunteers. In terms of economic value, their services far outstrip the debt for unpaid rent that the local government administration and/or its related public firms impute to them. Despite the importance of CID work, its crisis and troubles started in November 2017. At that time, the CID hosted 32 women’s organizations and was visited by 30,000 Italian and foreign women annually. It received an injunction by the Municipality of Rome to repay rent arrears worth 800,000 Euro. The Municipality of Rome owns the building complex where the CID and its consortium of organizations are located.

The CID countered this assessment specifying that it had paid rent for as much as it was sustainable while maintaining for more than 30 years a historic building at no cost for the municipality. Moreover, the debt assessment was not balanced with the consideration of the value of services rendered by the CID. In order to obtain recognition for such services, the CID had been engaged in talks with the City’s administration since 2013. As a result of a thorough survey, the previous administration had come to the conclusion that the range and quality of CID services could be valued at 700,000 Euro annually. Consequently, the CID proposed a tenable and durable solution to the debt problem—including affordable rent fees and a rescheduling of payments spread over a reasonable timeframe—with the aim of preserving and ameliorating services for citizens and visitors.

When the new M5S administration came to power, the CID sought to re-open negotiations. To this end, it requested to present its perspective and supporting documentation to the Mayor of Rome, Ms. Virginia Raggi.

In response to national and international pressure, the Municipality of Rome opened a negotiating “political/technical table” which met five times until the end of 2017. At the beginning of 2019, the CID presented a reasonable transaction proposal. However, no agreed-upon solution is in reach. Meanwhile, scores of Italian and foreign women, including the 100,000 who have signed a petition supporting the CID, are kept in the dark regarding the fate of a place they treasure for their advancement and protection. Countless women and concerned citizens supported and contributed to the fundraising campaign that the CID launched to sustain its life as well as the transaction proposal. Well known performers, including singers, theatre and movie celebrities, intellectuals, writers, and others showed their support with pro bono performances at prestigious venues and in the neglected peripheries of Rome.

They were all well aware that the case of the CID is exemplar, but not an isolated one. As the threat to its survival unfolded, the future of other women’s organizations in Rome and that of many different self-relying civil society groups active in the protection and empowerment of disadvantaged communities, as well as in other social and cultural fields was put at risk and with them the thousands of their beneficiaries and interlocutors.

Women’s organizations maintain that the sustainability of their operative space is not merely a question of arithmetic and balance sheets. Rather, the social value of the activities performed in such places is to be taken into account.

Thus, the question is and will remain a political one. At its core, it has the non-negotiable principles of equality, non-discrimination and justice enshrined in the international obligations Italy has willingly underwritten. Consequently, the outcome of the cases of women’s spaces represents a decisive test for both the nation’s Capital and the national government.

It remains to be seen whether Italy and its governmental institutions are willing and determined to forego in part their pecuniary claims in order to better enhance citizens’ common good, as well as the substantive implementation of national and international law. The struggle of the CID has inspired others to fight back against an increasingly xenophobic and sexist political environment and sparked a variety of civil society initiatives that have filled public space in Italy and are now the backbone of a diverse resistance movement.

The national and international press has widely covered and regarded the case of the CID has a litmus test for Italian democracy.

In December 2018, the CID presented a transaction proposal to the Municipality of Rome amounting to Euro 300,000 (that is, a third of the CID debt). In informal conversations with City’s officials, the CID learned that the proposal may be regarded as adequate. The Mayor of Rome, Virginia Raggi, in a letter to the CID, also showed her appreciation. Since then, however– and as the time of this writing, August 2019–no official response to settle the matter has been received. In the meanwhile, the Casa delle Donne Lucha Y Siesta, which operates in the periphery of Rome and hosts almost half of the available beds in Rome for women fleeing violence, has received an eviction order. The premises that this latter facility occupies will be auctioned off at a date to be determined.

Case delle Donne Lucha Y Siesta has not stood still and has been calling for activists, women, the whole citizenship to mobilise and show support and has so far received countless expressions of solidarity and support, also from committees, trade unions, civil society, and other organisations.

Read the press release (in Italian)

CZECH REPUBLIC: Finance Ministry proposes all EU financing for social projects be provided ex-post, which could cut nonprofits off from those resources