The European Civic Forum is aware that policies and legislative measures are only one tool that state and non-state actors have at their disposal to hinder the actions of civil society. The first obstacle they face is isolation and delegitimation, which allows governments to openly attack activists without facing citizens’ opposition

According to a research requested by the European Parliament’s Subcommittee on Human Rights,

“The burden of argumentation has now switched around to fall on civil society’s shoulders. Civic groups are faced with the need to explain why they should have the right to exist unhindered and receive support from the outside. This is a major inversion of the whole civic climate that goes well beyond the individual NGO laws that have been introduced – and the significance of this inversion has still not been fully seized. It means inter alia that effective responses will need to rework a whole narrative about the merits and rights of civil society.”

This section of the European Civic Space Watch aims at collecting positive stories and new, constructive narratives on the role of civil society in ensuring the well-functioning of democracy and defending citizens’ interests in national and supranational policymaking. It also includes analysis of the crisis of values that is at the core of shrinking civic space in Europe. 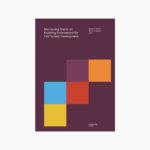 The Institut für Auslandsbeziehungen, Stuttgart, has just published the findings of a research project on European civil society which they had commissioned us to do. Differences in activities, legal frameworks, relationships with the state and the private sector, and trends notwithstanding, there can be no doubt that a European civil ...
Read More
29 October 2020 / Food for thoughts, Germany
French democracy under strain: Citizenship, institutions & civil society.
Report originally published by Chaire Unesco. Historically, France is a country renowned for its values and principles, which uphold human rights and democracy. However, democracy, which is “the power of the people” etymologically, falls short of achieving the ideal of an independent egalitarian society. Democracy, like society, is evolving constantly ...
Read More
15 October 2020 / COVID-19 crisis, Food for thoughts, Food for thoughts #COVID19, France, Government, Police, Security / public order
FRANCE – Observatory of associative liberties report: citizenship repressed

Report originally published in French by La Coalition. The analysis of 100 cases of associations sanctioned after critical collective action by public authorities traces the contours of repressed citizenship. In documenting a reality that mixes cuts and sanctions of subsidy, public discrediting, muzzle-jumping or police harassment, this report describes which ...
Read More
15 October 2020 / Activist(s), Citizens, CSO(s), Deviant police practices during protests (aggressive policing, violence, lack of cooperation...), Food for thoughts, France, Security / public order
Greenpeace: Report “SLAPPs – How the rich and powerful use legal tactics to shut critics up”
Article originally published on Greenpeace, 22 July 2020 - accessible here Across the EU, journalists, activists, academics and their organisations are facing legal threats or fighting lawsuits designed to shut them up. These lawsuits, brought by companies or powerful individuals and designed to silence critics, are called SLAPPs – Strategic ...
Read More
22 July 2020 / Activist(s), Corporation(s), CSO(s), Europe, Food for thoughts, Jornalist(s), Legal intimidation or attack
Europe seeks own response to Black Lives Matter
Extract from article originally published on Politico, 11 June 2020 - accessible here It took the killing of a black man in the United States, choked under the knee of a white police officer, to bring people out into the streets in Europe. The Continent doesn’t have a good track ...
Read More
8 July 2020 / Europe, Food for thoughts
FRA: Report on Fundamental Rights Survey “What do rights mean for people in the EU?”
Article originally published on FRA website, 24 June 2020 - accessible here FRA’s Fundamental Rights Survey collected data from 35,000 people about their experiences, perceptions and opinions on a range of issues that are variously encompassed by human rights. This report presents a small selection of the survey results. It ...
Read More
7 July 2020 / Europe, Food for thoughts
EESC: fundamental rights and the rule of law – national developments from a civil society perspective, 2018-2019
Article originally published on EESC website, 22 June 2020 - accessible here The Fundamental Rights and Rule of Law (FRRL) Group of the European Economic and Social Committee (EESC) has published a report on national developments in the area of fundamental rights and the rule of law from a civil ...
Read More
7 July 2020 / Europe, Food for thoughts
OHCHR: Guidance on less-lethal weapons in law enforcement
...
Read More
18 June 2020 / Europe, Food for thoughts
How the free press worldwide is under threat
- Extract from the article by  Gill Phillips, published on The Guardian on 28 May 2020. Read it in entire here [...] Attacks on journalists around the world take many forms, some of which are sanctioned in law. Legal or quasi-legal mechanisms include the use of civil or criminal legal ...
Read More
9 June 2020 / Activist(s), Corporation(s), CSO(s), Food for thoughts, Jornalist(s), Legal intimidation or attack, Protesters
View More Updates
Close Menu